Wyckoff Trading Distribution Models Aren’t as Useful as You Think. 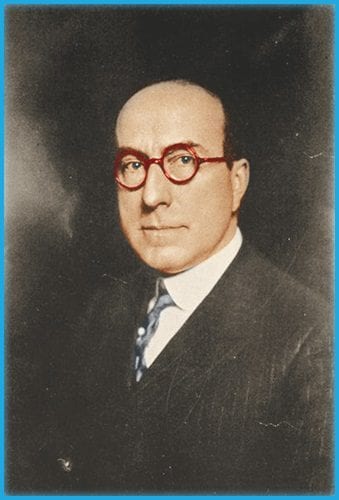 If you want to learn my trading strategies, click here.

As traders, we constantly need perspective.

How we view the charts matter.

Perspective can be simple or it can be complex.

At the time of this writing, 81,000 people follow an individual that heavily uses Wyckoff trading models as the cornerstone for their perspective.

I’m sure there are many others just like this. 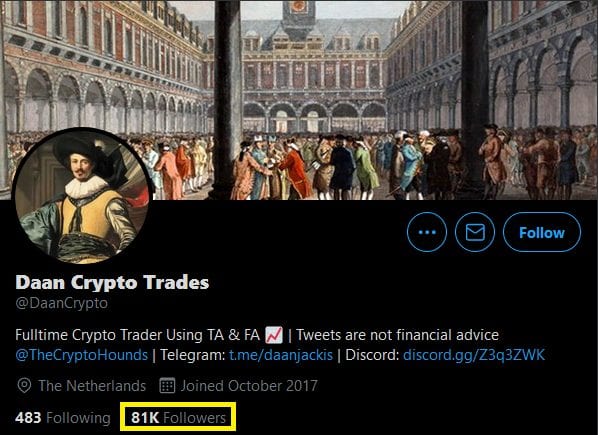 What should be alarming to you is the evidence seen in tweets here that suggest the individual has difficulty distinguishing between an accumulation model and a distribution model.

How do we know this?  Richard Wyckoff was prominent around 100 years ago.

He is considered one of the earliest individuals to popularize and shape modern technical analysis.

This means his works have been well studied and often cited in trading literature.

$BTC Are we in Accumulation or in Distribution?

Here is our bullish hopium that shows this might just be the accumulation before more upside. 📈

What I immediately notice about Wyckoff trading methods and analysis is the amount of retrofitting one must do to form a hypothesis about the future direction of price movement.

In the tweets mentioned above, @DannCrypto overlaid two Wyckoff schematics and was not able to decide which would apply.

I could be wrong.

After all, trading is difficult.

Instead of committing to a directional bias, why not just give your followers thoughts on either an upward bias or a downward bias?

If he can’t make up his mind, then why bother?

Do you see what’s at the core of this line of thought yet?

That’s right, he doesn’t appear to be confident in his analysis, thus he offers two opposing views.

In doing so, one view has a good chance of being correct and results in no ego hit.

Maybe he was confident.

What would @daancrypto do if Bitcoin no longer validated Wykoff’s model?

Would he look for another set up to fit into the schematic?

I’m just making an observation and sharing an opinion.

My opinions could easily be wrong.

Let me say this loudly and clearly, there’s nothing wrong with being wrong.

It will happen often to the best of traders.

The challenge of cognitive bias

Often times we do not have enough information to properly discern a likely outcome about the future.

We tend to take in the information available to us, analyze it, and form a conclusion.

Because of these information gaps, we become vulnerable to cognitive biases.

We make invalid assumptions about the information we do not have, and in turn, form invalid conclusions about a future outcome.

I spent approximately 10 years within the intelligence communities (IC), more specifically the NSA, as an intelligence analyst.

In a nutshell, a high-ranking officer, making decisions on military action, would ask me to analyze the intelligence (information) surrounding an area of interest, people of interest, threats, events that may have occurred or could occur.

They don’t have time to access every detail themselves and then make a decision.

They hire you to do that for them.

Afterward receiving a briefing, they make an assessment on the analysis done.

Only after they’ve been properly briefed on the analysis done, will they then make a decision or take a course of action.

When many innocent lives are on the line, your analysis matters.

It was common to be stuck with an intelligence gap, lack a solid lead to access a current situation, and lack any reasonable or logical conclusions.

How do you solve this problem?

Since high-ranking generals do not take likely to “Sir, I do not have an answer.”

I was often left with making an analytical leap and forced to work backward, looking for evidence of such.

What is an analytical leap?

The problem with this type of thinking is that you often succumb to cognitive bias.

Cognitive bias comes in many forms.

In this particular trading example, it’s easy to favor information that supports your existing belief or hypothesis.

The key is not to discount evidence that does not support your hypothesis.

You must accept that the hypothesis is wrong when evidence suggests so.

My example seems to fit nicely.

It explains the previous action in Bitcoin.

It was also done in hindsight.

What happens when I can’t make the schematic fit?

Do I just make multiple projections and pick one?

Why does this matter, and how is it relevant to Wyckoff’s trading analysis?

I made this chart with the mindset that I assume most newer crypto-traders might have.  I attempted to replicate a distribution model found over at stockcharts.com. 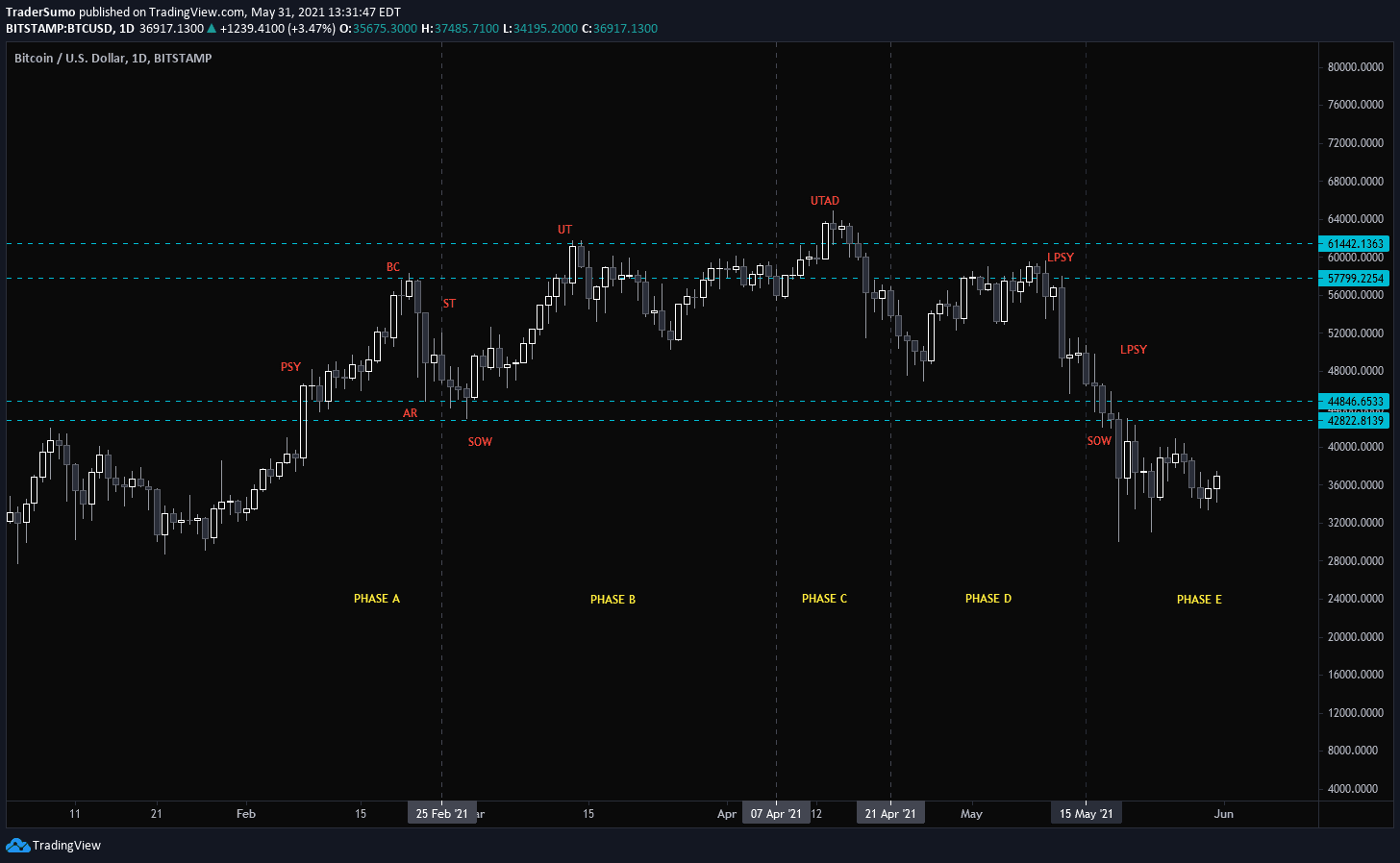 It wasn’t too difficult to come up with a reasonably close model.

Herein lies the problem:  my analysis is subjective.

The Wyckoff trading schematic does not define any specific rules for each phase and the intricacies within.

Unless I have spent time studying the model for specific rules elsewhere, I’m forced to simply wing it.

If I can form a reasonably correlated model myself, then I suppose it’s good enough for gubbamint work. 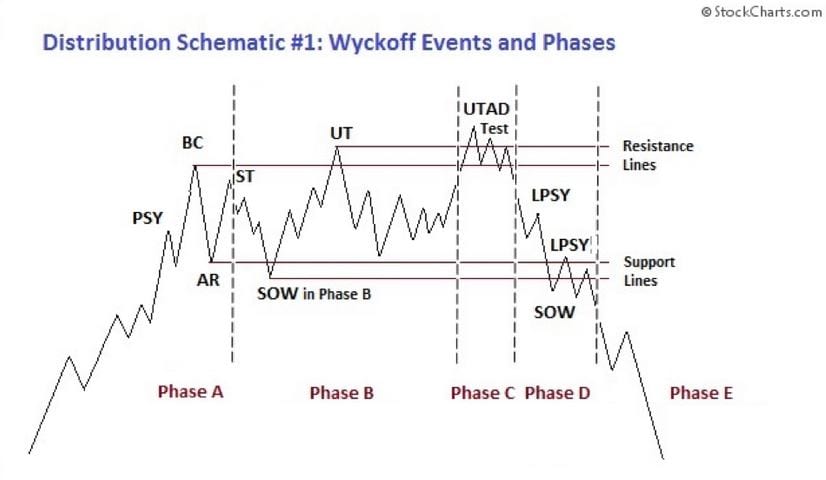 Since the crypto crash in May of 2021, many new traders were in awe of how a trading methodology dating nearly 100 years old would still have relevance today.

As a trader, my goal is to try and improve every day.

The more I improve, the more money I can theoretically earn.

Is this Wyckoff trading model a fluke, and if not can it be improved, simplified?

Instead of just attempting to retrofit a chart with Wyckoff trading schematics, wouldn’t it be better to analyze a chart logically?

The first thing I want to do is clearly define the trends relative to the price action being observed.

In the chart below, I’ve designated most of the important trends with either green or red.

This will help eliminate cognitive bias. 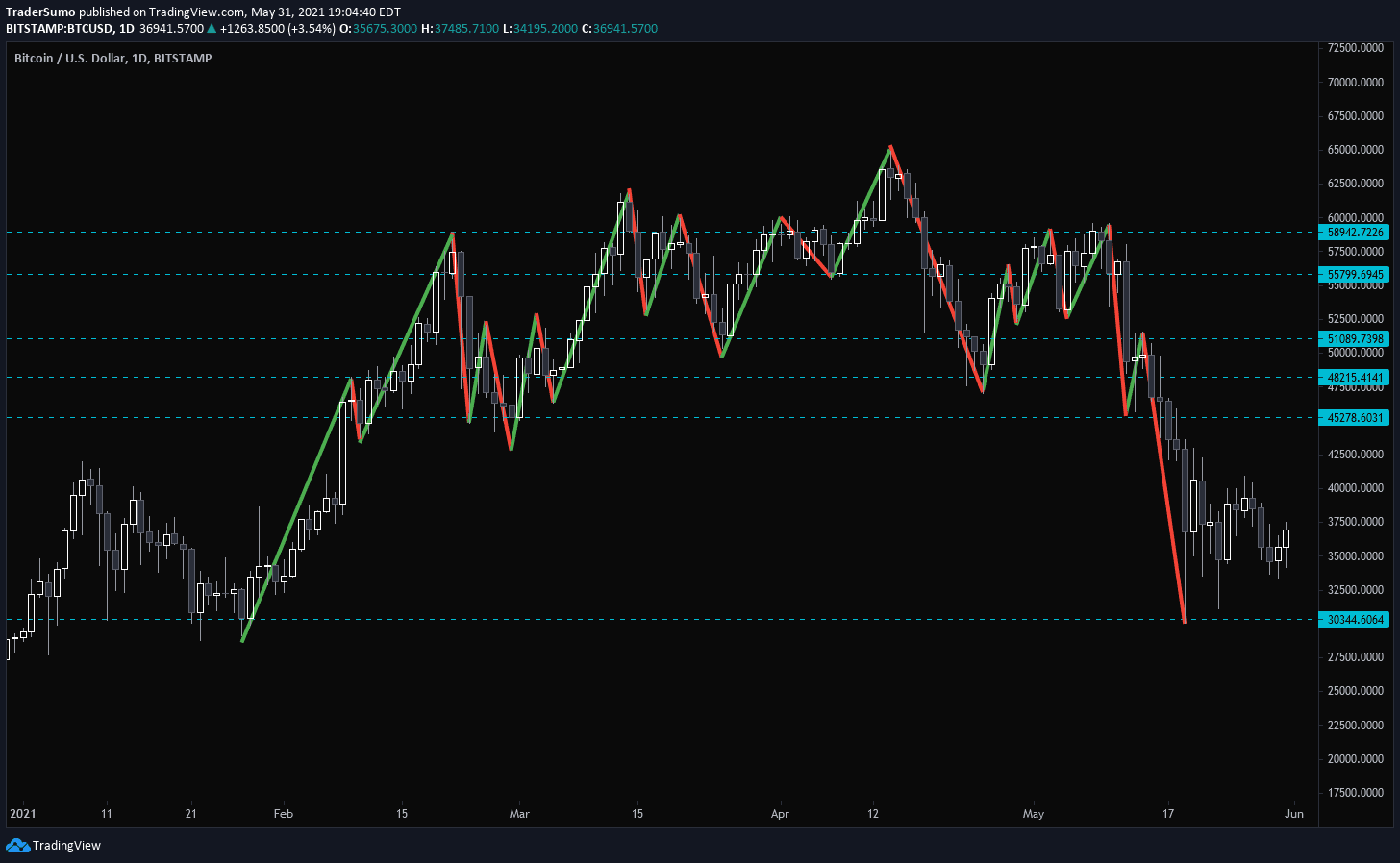 I could have chosen to only designate the most significant points of inflection within this chart, but I wanted to illustrate precision.

The law of supply and demand determines the price direction ➜ (TREND)

The law of cause and effect ➜ (LEVELS)

The law of effort ➜ (MOMENTUM)

All charts can be simplified and governed by three ideas: trend, levels, and momentum.

We could spend entire lessons on these concepts.  For brevity, I will briefly describe them:

Trend can be represented as the sums of the whole general direction of price movement, or individually encompassing significant movements to and from inflection points.

Levels are the approximate inflection points.

Momentum is the force generated from combining trends and levels. 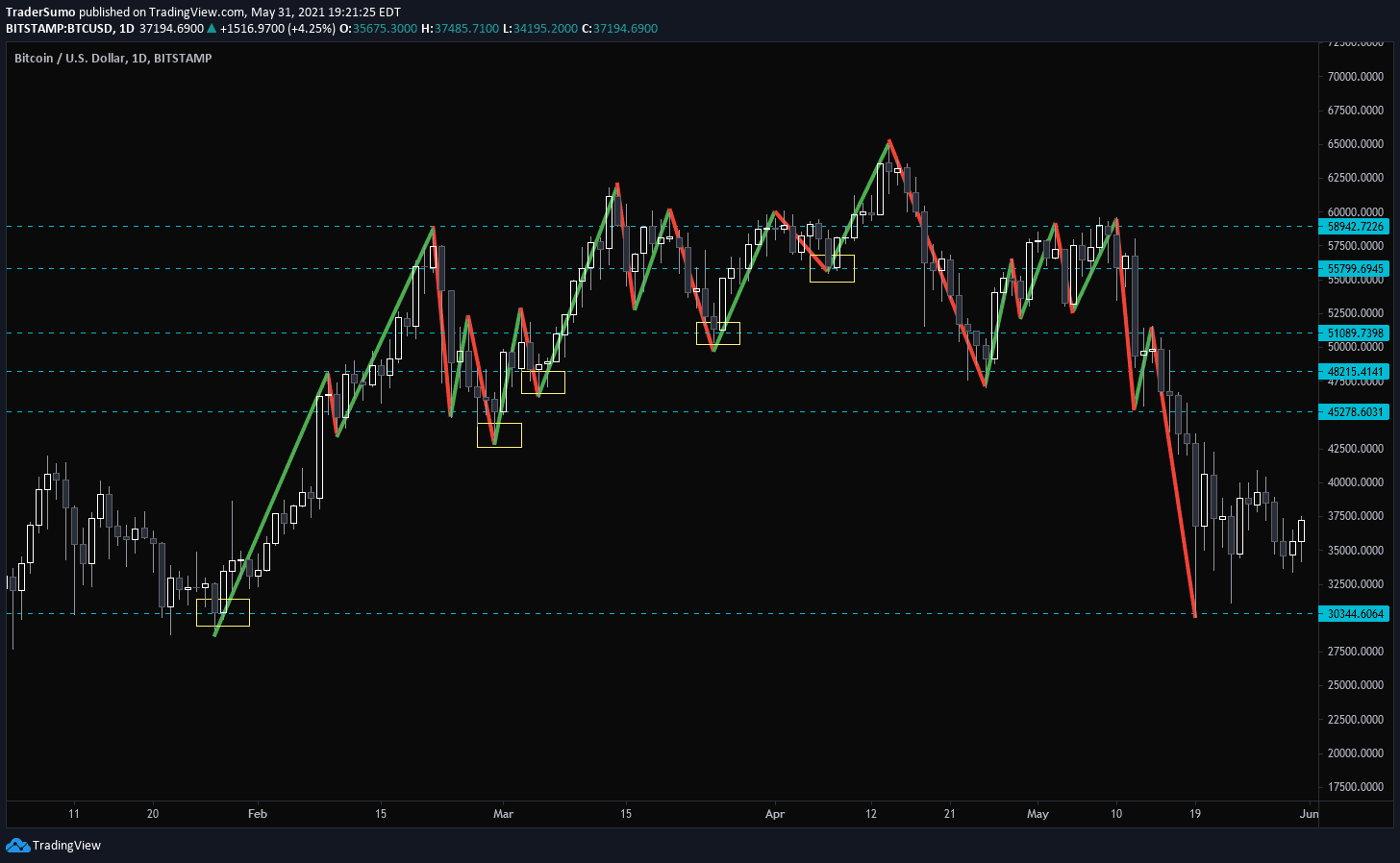 The systematic selling of a security without significantly affecting the price.

After an advance, a stock may start forming a top and trade sideways for an extended period.

While this top forms, a security’s shares may experience distribution as well-informed traders or investors seek to unload positions.

A quiet distribution period is usually subtle and not enough to put downward pressure on the price.

Wyckoff referred to momentum as thrust.

My short and modernized version reads something like this:  smaller trends form bigger trends.

As smaller trends begin to form larger trends, a thrust is generated.

The same idea occurs in reverse.

Smaller trends inevitably speed up or slow down larger trends.

The slowing down is what Wyckoff called distribution.

The slowing down is the process of changing a larger uptrend into a larger downtrend. 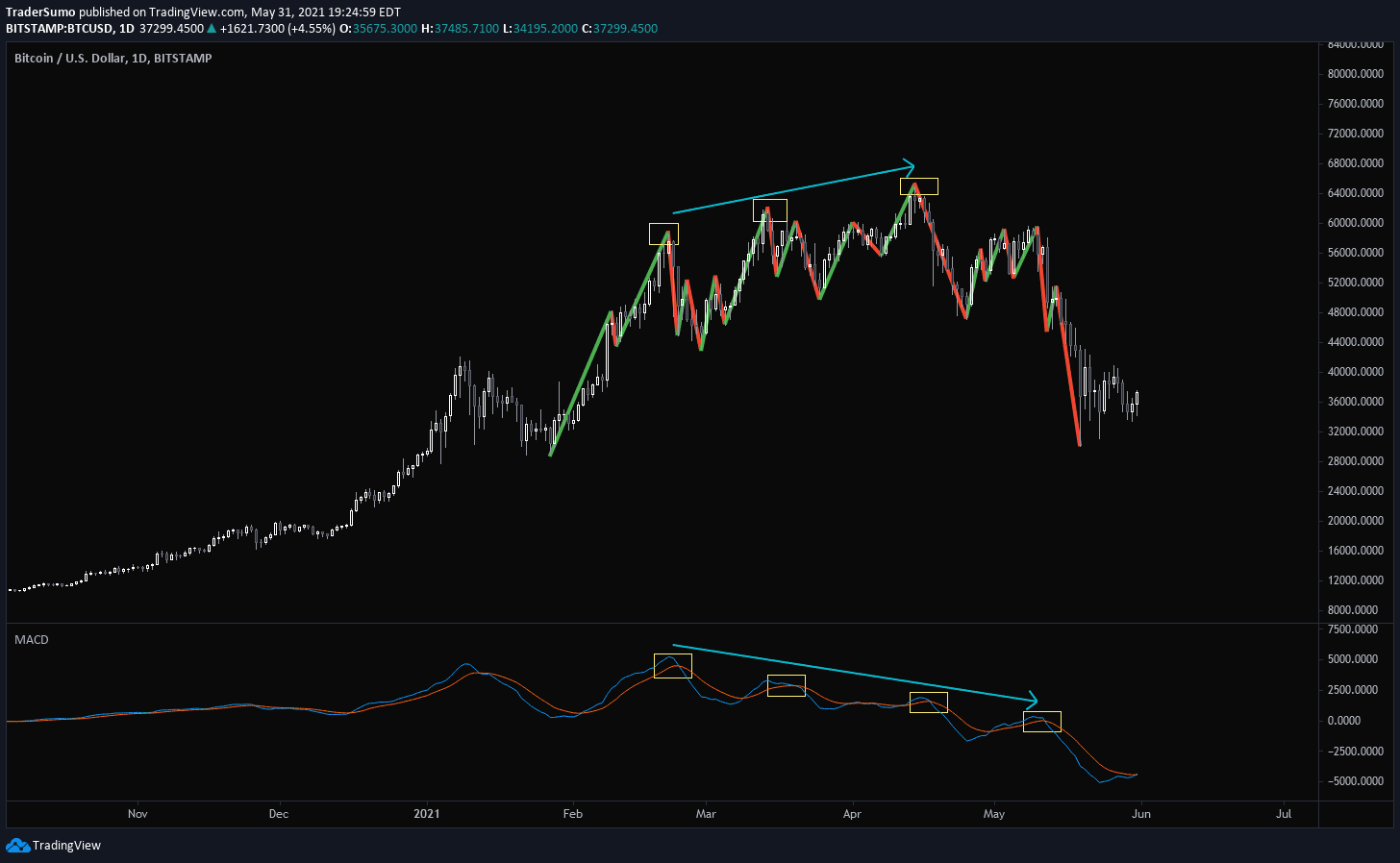 Instead of trying to guess where each of Wyckoff’s preliminary support (PS), selling climax (SC), or automatic rally (AR) occurs, it’s much easier to designate significant trends within trends, highlight important levels, monitor shifts in momentum, and trade the corresponding levels.

I’m not saying that you shouldn’t learn about Wyckoff trading methods.

I use his accumulation and distribution concepts, but I don’t try and complicate them.

I don’t try and analyze every detail of the process.

If they work well for you, then use them, but if they don’t, why waste more of your time?

Trading should be simple.

We only overcomplicate it when we lack understanding, and can’t properly answer questions that fill the voids in our minds.

If you’re new to trading, like many starting into cryptocurrencies,  take your time.

There’s no need to rush into a trading style or methodology just because you see someone else using it.

As you become more experienced, you’ll realize most of it is fruitless.

I’ve helped hundreds of people, in their own words, improve their chart reading abilities.

Time is something that no one can get back once spent.

If this information was helpful in informing your trading decisions and you’re interested in furthering your understanding, I’m confident that it will save you a lot of time and headache.

We focus on helping traders improve their trading by learning clear and concise chart reading strategies.  We have been involved with equities, futures, crypto, and forex markets since 2009.  Our proprietary chart reading methods simplifies traditional technical analysis, emphasizing the importance of trends, dynamic support and resistance, as well as market momentum. 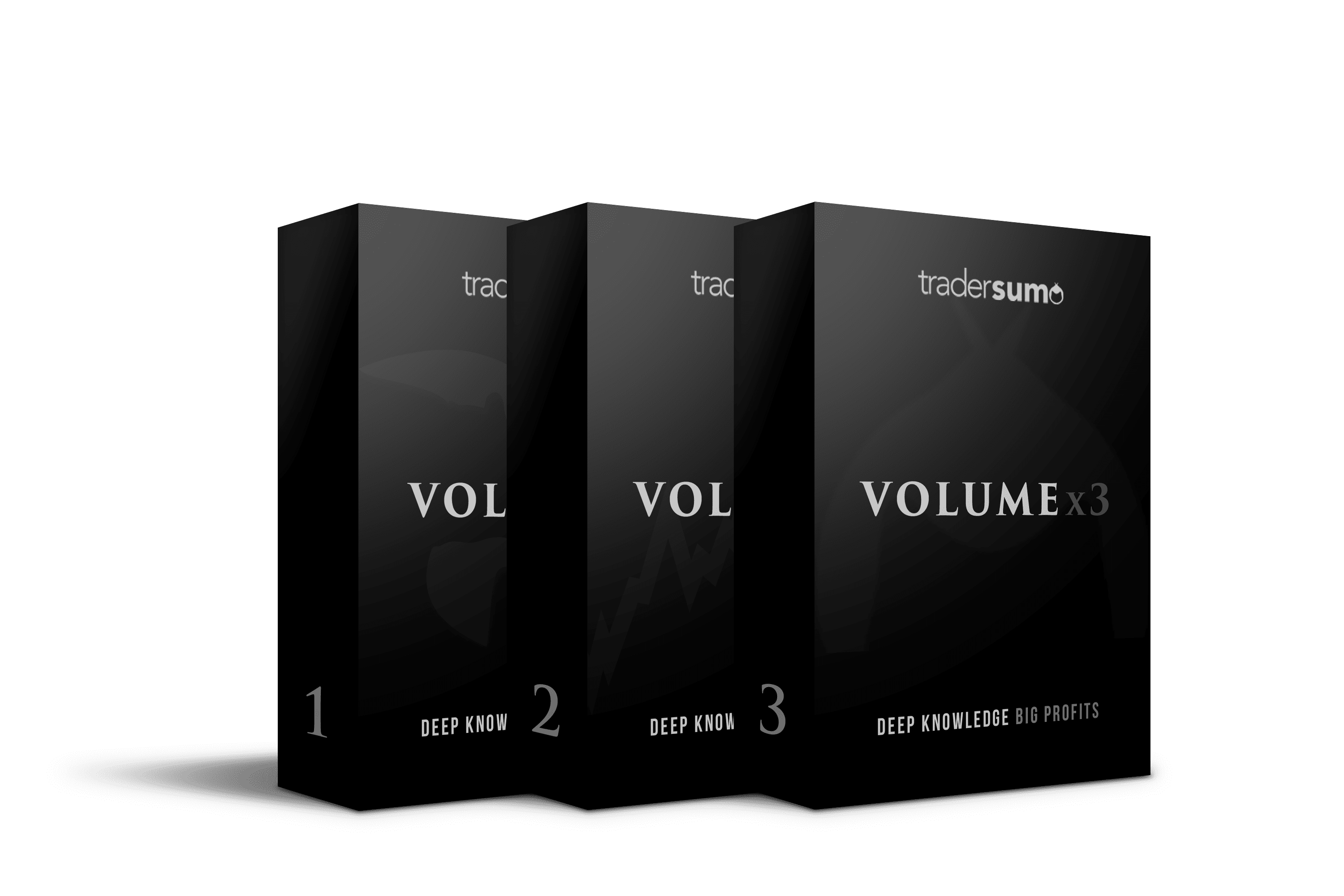 GET BETTER AT CHARTING! 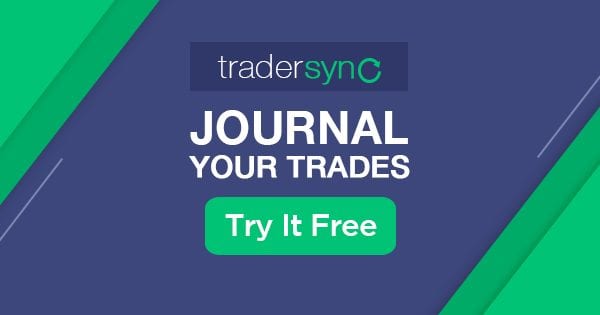